‘This is 40’? A married couple are turning 40 and it’s making them a bit crazy. It’s meant to be a funny and real look at life at 40. I am currently going through a different type of life crisis: parenting a child who has recently turned 3. An age of increased independence, strong opinions and desires that are a firm and strong force, this is 3. It’s been a while since I’ve had a 3 year old and I’m finding that it’s hit me hard. This is life with a 3 year old, warts and all.

1. Winning with a Royal Flush

I seem to spend a large part of my day taking Miss 3 to the toilet. The most common time of an urgent toilet trip seems to always be when I have just made a phone call, unloaded a trolley full of groceries onto the conveyor belt at Coles, turned onto the freeway or sat down to a hot meal. In any and all of these situations she will appear before me doing the toilet dance (parents, you know what I’m talking about). And invariably she needs to go urgently. If you attempt to make a 3 year old hold on for a slightly more convenient time, you will end up with a puddle. Fact.

I believe they know this and use it against us. When your kid is desperate for your attention but you’re busy, all they need to do to win is to tell you they need to do a wee. You then immediately become fully attentive. They know this. And funnily they always seem to be able to produce one. It’s the 3-year-old trump card. Or to use a poker analogy, their royal flush (pardon the pun). 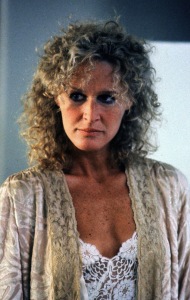 Anyone remember Fatal Attraction? Glenn Close played Alex, a psycho who stalked Dan (Michael Douglas) after their one night stand. He was trying to get rid of her and she delivered this classic line “I’m not gonna be ignored, Dan’. This is my child. She won’t be ignored. If I hear a whinge/scream/tantrum from the next room I know it will not sort itself out. My acknowledgment and intervention will be required.

And a small child will say something to you that logically should not require an answer. But they will keep repeating that same statement until they get acknowledgement. Eg: “Mummy, I see a horse.” Technically this is not a question. But children will repeat their statement 50+ times until they get a response. Something as simple as an ‘oh’,‘yeah’ or ‘great’ will suffice. They are then satisfied. They will not be ignored Dan.

3. Do you wanna build a snowman?

The sound of a screeching old style alarm clock is obnoxious. It’s a hideous way to wake up. But the other day I was sound asleep and Miss 3 came into my room and opened my eyelids with her fingers and said ‘Do you wanna build a snowman?’ There is an element of cuteness there. But it’s also obnoxious. As my other kids are older now they get up and get their own breakfast, amuse themselves and solve a variety of problems without my assistance and I get to stay in bed. But once Miss 3 is awake, so is the world, involuntarily. Do you know when there is a tsunami, the first sign is that the water at the beach will be sucked out, then the big wave of destruction hits right after. Take heed of that warning and RUN! When I lay in bed in the morning half asleep but not ready to emerge, I often hear a thump and then the little pitter patter of feet. That’s my tsunami warning. But I can’t run.

Actually it’s not Pooh Bear, it’s just poo – sorry for the confusion. If on any day I scrub the bathtub til it sparkles, that will be the exact day that poo needs to be washed off something. Maybe it’s the dog’s poo underfoot. Maybe it’s her poo. But you can bet that if the tub has just been cleaned, there will be poo. Same goes for any other household cleaning. If I have just mopped the floors, the next 15 minutes is a very high risk time for an entire bowl of rice bubbles or spaghetti bol to be spilt. The timing is so predictable that it’s uncanny.

To a 3 year old there is a huge difference between a pink cup and a purple cup. If a child is forced to drink from a different coloured cup then they want, it’s a very serious matter. The emotional distress caused may make your neighbours believe your child is being abused. Same goes with plates and cutlery. If last night, Miss 3 wanted a fork with frozen character on it, and was given the same fork tonight, that could be enough for torrents of tears because she wanted the fork with a Wiggle on it. The same can be said of food. For 13 days straight a 3 year old may eat rice bubbles with gusto. Then on the 14th they are suddenly deemed unpalatable and a tantrum swiftly follows. Whether you punish it or put up with it, it’s exhausting.

Golly I hope not. But clothes and accessories are incredibly important to my little daughter. Every morning she asks me if she can wear a ‘beautiful beautiful gress’. She immediately follows up with ‘I WILL CHOOSE’. The wrong undies, socks, shoes or hair accessory is cause for unrelenting grief and sobbing. And by 10am each day she’s had more costume changes than Beyonce in concert. And if she wants to dress up in her blue ballerina dress which can’t be found, I should understand that the otherwise identical pink ballerina dress is not an acceptable substitute. Stick on earrings are chosen and nails are painted. Shoes are also a way she expresses herself she will choose herself and put them on herself. At least 80% of the time she put shoes on the wrong feet, which is quite unexpected given the 50/50 odds.

The iPad is the dear friend of the 3 year old. By this age they can navigate their way around the device and some can even unlock a passcode. They understand ‘buffering’ and know that Peppa Pig is on ABC kids iView but Donald Duck can be found on YouTube. Miss 3 even updated the software on my iPad the other day which was nice of her. But the iPad is also like a drug that needs to be administered with care to the 3 year old, and withdrawal symptoms managed carefully. Speaking of devices, don’t try and show your 3 year old a photo. They cannot just look at it. They have to swipe left or right. It’s a biological urge which will result in crying if denied.

8. Teddy is a girl’s best friend 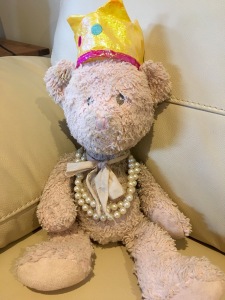 Forget diamonds. ‘Teddy’ is the faithful and frayed companion of Miss 3. Teddy watches her eat. He sleeps in her arms. He accompanies her to preschool and everywhere else. If Teddy cannot be found at any point, panic ensues. Real, live, heart thumping panic. And that’s just me. She is inconsolable. Every so often Teddy needs to have a bath in the washing machine. She watches him go round and round, tears pouring down her cheeks until he emerges again, clean but still incredibly thin and worn. His days are numbered. When his body finally gives way and he loses an arm, a leg or, heaven forbid, his head, I can’t imagine how any of us will recover.

All of it is exhausting and frustrating.  I breathe a sigh of relief each night when she is finally asleep. But as I see Miss 3, this minute dancing in front of me to her music box chimes with joyful exuberance, glittery wand in hand, I know it’s also incredibly magical. Warts, moles and beauty spots, I’ll take it all. This is 3.