On a long car trip once I asked George what his pet peeves were. He began listing them. They all involved some transgression or other of mine (eg. after he has cleaned the kitchen, I get ice cream and leave the dirty scoop on the clean bench). The list went on. I felt the need to clarify that I didn’t just mean things to do with me, just pet peeves in general.” “I know” he replied. Ouch.

When it came to my list he didn’t really feature at all, other than constantly squeezing toothpaste from the TOP of the tube. Come on dude, it’s just common sense. To my surprise, as I thought out my biggest pet peeves I realised that apart from people who film smartphone videos vertically (seriously, what shape is your TV?!?), they nearly all involved driving or parking:

There are no words to describe how much this last one annoys me, particularly around schools or high traffic areas. Are these people blind, inconsiderate or just lacking spatial awareness? Even as a pedestrian, when I see a car taking up 2 spaces I start to boil internally, muttering obscenities under my breath, regularly vowing to sneak up in the middle of the night with a tin 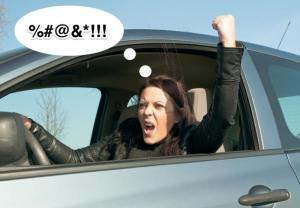 of white paint and paint some vigilante style parking lines. My brother actually did this outside his home, which was near a busy university and it solved the problem. Awesome!

I was at school one afternoon running late for pick-up and a driver had parked right in the middle of 2 spaces, making the spot in front slightly too small for my car, whilst the space between the back of his car and the car behind was incredibly generous. I don’t love confrontation but sometimes I can’t help myself when passionate about an issue. So when I saw him return I said politely “Excuse me, next time could you park closer to the car behind you, so another car can fit in front.” He looked surprised, then annoyed. “It’s not my fault. I was here first” he said, “they should have parked closer to me.” I tried to gently point out to him that the first car to arrive should park in one of the 3 spots available and not in the middle of 2 spots. But he just didn’t get it. Looking confused and angry, he continued to proclaim his innocence. So I simply had to stop flogging the dead horse.

I think parking makes many people crazy, as you can see by the Seinfeld & Curb videos at the end of this post (enjoy, btw) and by something I witnessed yesterday. At preschool drop-off, I was in my car waiting to leave because a woman in a mini-van was attempting to drive front first into the space next to me. It was separated from me by a little garden bed and a kerb. A man was in the passenger seat. It’s a poky little car park and her car was long. Nevertheless, it was taking her a lot longer that it should. She couldn’t get the angle right and kept having to reverse and re-try. Another car and I were both waiting patiently to exit while this lady did the car version of the hokey-pokey around the carpark. Her male companion was getting frustrated and I saw him gesturing to her and then attempted to turn the wheel from the passenger seat. She looked increasingly upset and I thought I saw her wipe her eyes. He looked more annoyed as this debacle went on and in desperation she finally just drove straight over the kerb and plopped into the space. She then put her face in her hands and sobbed. I watched with interest and compassion. But this didn’t make me burn with anger as other driving transgressions often do. She was simply incompetent, not inconsiderate.

I have a friend who often parks in ‘no parking’ or ‘no stopping’ zones. He gets semi-regular parking fines and pays them with no complaints. Just the ‘cost of doing business’ is his attitude. This doesn’t bother me. He’s not parking anywhere others would park and is actually freeing up legitimate parking spots for other more conscientious drivers. His self-imposed rules for illegal parking are as follows: You must not inconvenience anyone except the local government. Handicap parking = OUT. Parking across driveways = OUT. No stopping zones = IN. I may not go so far as to say ‘bravo’ to him but I get the logic. I’d be too worried about getting a fine to do this myself but I tend to enjoy living vicariously to this ‘throwing caution to the wind’ attitude when we’re ever out and about together.

What does get up my goat are inconsiderate parkers who take up too many spaces or spaces meant for someone else. A few weeks after my school confrontation, I was dropping my daughter off at a music lesson. I wasn’t staying, just hopping out for 2 minutes to walk her in, then leaving. I backed into a space right near the entrance. As I walked away, a lady parked in a disabled spot, with a majestically displayed disabled pass, called out to me piously “I think you forgot to display your disabled sticker.” I stopped and looked around. Sure enough, it was a disabled spot, darn. “I’m sorry, I didn’t see it” I replied truthfully but snippily. “I’ll only be 2 minutes”. “You could get a fine of $500.” she said. “I’ll risk it, thanks.” I said shortly, feeling patronised. I walked off, feeling like a naughty child after a reprimand.

The thing about me is that I have a quick temper. I get annoyed fast but it abates equally quickly. And I make apologies regularly. Not sheepish ones. I will lay my heart bare and beg for forgiveness in the manner of Anne Shirley if that’s what’s required but with more genuine repentance. In the 2 minute walk to music and back, I realised that this lady had done nothing wrong. I was parked in a disabled spot without a sticker. So what if she had been a bit self-righteous? She was technically correct and I wouldn’t have parked there had I known, in case a disabled person needed it or in case of a fine, a less altruistic reason admittedly. As I neared her car I knew what I had to do. I tapped on her window. She reluctantly wound down the window, perhaps wondering if I was going to throw hot coffee at her. I began sincerely “I’m very sorry for being short with you before. I didn’t realise it was a disabled spot. I won’t park there again and I’m sorry if I was rude to you.” She was incredibly relieved and grateful that I think in that moment, we bonded. I’ve never seen her since but I regret nothing.

That apology felt good and I went home to polish my halo. I usually try not to make myself the hero of a story. More often than not I am actually the villain. But I vow to you now that I will always make sure to be the hero of every parking story. I will not be a hypocritical parker again! But my dilemma is this: what is the socially correct way to point out someone’s parking faux pas? How can it be done without giving offence? I got offended when I was in the wrong and yet I still struggled with the criticism. So I can only imagine how annoying I was to the guy I spoke to when his transgression was moronic rather than illegal.

I believe I have the answer: there is no way it can be done. If you want to avoid conflict, just keep your trap shut and accept that the world is full of parking douchebags. Just try not to be one of them.